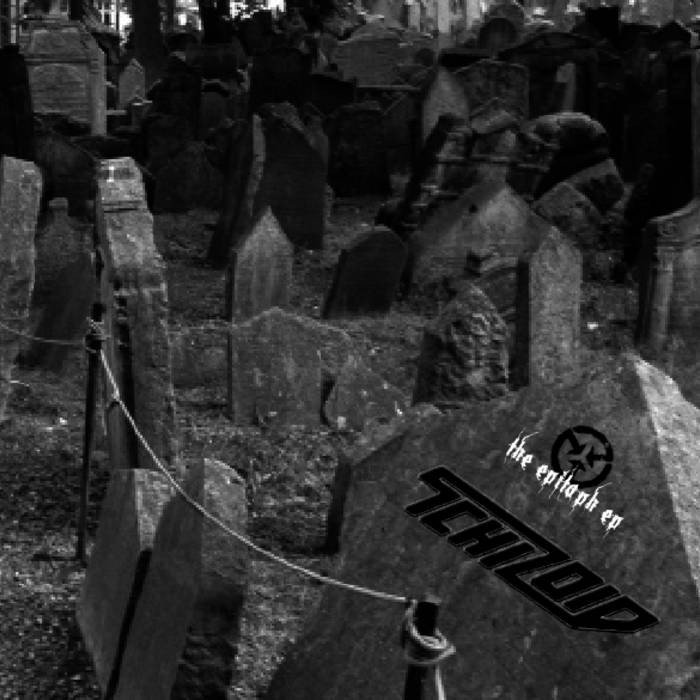 SCHIZOID deconstructs another chapter in THE NEXT EXTREME with this collection of remixes & more of the album's 2nd single/music video.

Released on the trending 2012 "Day Of Apocalypse", this batch of musick will keep you company during the final hours and beyond. EPITAPH is steadfastly remixed by able producers SATTA DON DADA, SYNTHETIC FREEDOM FIGHTERS, TALIXZEN, NOT HALF, DEAD BY SILENCE, HEARTWORM, EVILMINDED, MYSTERYMACHINE.

Included is a rehearsal performance by the now 3-piece SCHIZOID live line-up, who in 2012 opened for HANSEL UND GRETEL, SOULSTORM, ANAAL NATHRAKH.

Rounding out the track list is a collection of remixes, B-Sides somewhat released over the 2000's only now finally home on a SCHIZOID release.

The Bandcamp.com version features 2 bonus rehearsals from when .miQ performed live SCHIZOID guitars, two more remixes of the title track, a remix pack for those interested, as well as a file of the EPITAPH music video.

SCHIZOID has been a staple of the extreme electronic-music underground, since the project began in 1998. Appearing in many high-profile publications such as UK's TERRORIZER, ZERO TOLERANCE and KERRANG! magazine, he has been featured for his SCHIZOID recordings as well as for leadership of the Canadian and worldwide record collective D-TRASH Records, and for fronting black metal act DEAD OF WINTER. ... more

Bandcamp Daily  your guide to the world of Bandcamp